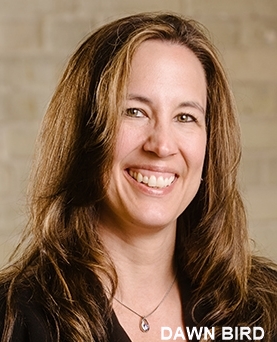 Bird studied acting at Simon Fraser University (Burnaby, B.C.), before moving to Regina, Saskatchewan to pursue her acting/voice over career. It has been a bumpy ride, but an interesting and rather successful one to say the least. Having landed numerous roles in a number of feature films, as well as TV shows, commercials and theatre productions, Dawn’s ultimate plan is to produce shows she can put herself into, beginning with the animated pre-school television series entitled “Why am I” where she voices Lily the Bison.

Most recently, Dawn played a neurologist in a feature film shot in Regina entitled ‘Resting Potential’ and landed 3 acting gigs within the first three weeks of this year, 2 of which were voice over (Sasktel and SGEU). When Dawn’s not busy producing or performing herself, she spends time coaching other actors and voice over talent in hopes that they too will land work within this competitive, yet ‘fun-filled’ industry.