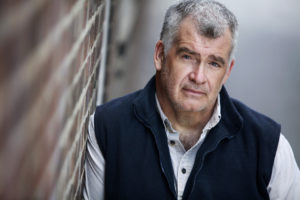 An international award winning actor, voice talent, and coach, Dan Willmott is the founder, inspiration and designer of the classes for VoiceSpot, and Willmott Communication Services. For more than 30 years Dan has been coaching and teaching Broadcasters, Actors, Voice Artists and Corporate Leaders across Canada and the US to “Be Yourself, Be Real, Be Extraordinary”.

Dan has been very active the past couple of years in Film and Television: in 2017, with the recurring role of Buck Olander in FARGO Season 3, and in 2018, Jerry in Private Eyes and Candace Cameron’s Dad ‘Gary’ in A Shoe Addicts Christmas. Other TV/Film credits include the new DC Comics film Shazam, Netflix series Umbrella Academy, Impulse, Supernatural, Smallville, Murdoch Mysteries, General Hospital, Let It Snow; and, yes, he is Mr. George in Mean Girls!!

Dan returned to theatre in March 2017 in the positively reviewed role of Robert in “Proof” (Theatre UnBlocked) – “Heartbreaking, a truly masterful and nuanced performance.”

Dan was nominated for a DORA Award “Best Ensemble Cast” playing Bob Delacourt In the highly entertaining “Hogtown” in the summer of 2017.

Dan’s voice demos can all be found on his website.